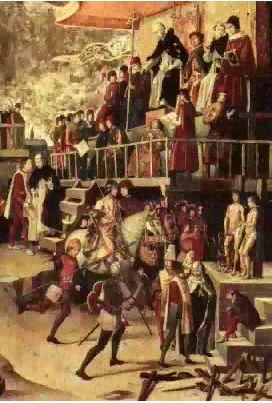 As we approach the end of the twentieth century it is becoming clear that the Irish are no longer a simple people. The modern world, electronic, computerised and commercialised as it is, is literally throwing itself at us. Rome, moreover, no longer stands between us and complication. We are absorbing a range of social and cultural stimuli; intellectual, physical, emotional and sexual; on the screen and in print; such that our fathers could not have dreamed of. We are being complicated. We are becoming interesting. We are even beginning to experience existential dilemmas. We are almost sophisticated.

Contemporary Irish society is the product of two incompatible forces; Catholicism and the British liberal tradition. Consequently the secular formation of the subjective character of the Irish nation, as it emerged in the 19th, and developed into the 20th, century was a curious business; rooted in a systematic denial of Britishness and the counter-assertion of a very superficial Gaelicism.

The substantial barbarism of the Gaelic peasantry which the Church, under Cardinal Cullen and Archbishop MacHale, set out to civilise was no more compatible with Catholicism than was liberalism; it was the sentimental Gaelicism which the last generation of Anglo-Irishry created to console its increasing irrelevance that became the secular content of Irishness.

Having been dragged into a more modern world by the Church, the Catholic Irish nation moved subjectively in Celtic Twilight; as enthusiastically as it surrendered itself to Our Lady of Knock, it embraced Deirdre of the Sorrows.

But Rome, which in the 19th century introduced us to the counter-reformation (an incomparably more modern world than that of the Tains in which Rory Og, Sorley Boy and the Great Hugh moved), failed us in the 1960's.

Vatican II undermined the certainties which sustained and validated ecclesiastical authority. Unlike the Catholics of other nations we could not then fall back on the experience of a native church tradition, for there was no native Irish Catholic tradition. The Catholic Church was exclusively and uniquely Roman. The Papacy was the onlie true begetter and the medium of existence of the Church in Ireland.

Nor was there anything in what attempted to pass for an Irish secular culture to cushion that traumatic blow to the substance of our national identity. The mishmash of folk memory and aristocratic conceit which had been adopted as a means of insulating us from alien ideologies proved too superficial to succeed even in that modest aim.

Britain is only a few miles up the road and across the water and it has not been possible for the Church to control access to its popular press, radio and television. Under the influence of that incomparably more vigorous culture (which effortlessly absorbed the Celtic Twilight; locating it in reasonable perspective as background noise for Guinness commercials and bleak dramas) the underground British liberal component in Irish social life reasserted itself and encouraged the acceptance of personal responsibility for individual activity in the world as against the reflex to genuflect to the power and goals of received authority.

Initially that development led to nothing more than confused groping after new roots; sometimes old roots, sometimes illusory roots. But now, almost thirty years on, a coherent secular movement is emerging in several quarters which clearly aims to provide us with the social and political restructuring which our new complexity requires, in the fields of health, education, and private and public morality.

This magazine, of which this is the first issue, is a response to that sea change in the life of, and our conception of, the Irish nation. It aims to provide a forum within which the philosophical bases of secular thought and activity can be set out, examined and argued, as fiercely and as entertainingly as possible.

We are non-party and non-sectarian. While we view the Constitutional Question as a diversion from the real business of civilising the Southern state which now exists and affects the daily lives of its citizens we see no reason why nationalists, of whatever variety, cannot engage in the immediately vital form of activity we are supporting.

We hope also to always bear in mind that although we must attack the Catholic Church it was the Church itself which developed Irish society and the people who act within it to the point at which they are fitted to receive and operate on the basis of a secular view of the world. The Church is now fated to be left behind but we must never forget that it is the Church which has itself brought us to this point and equipped us to leave it behind.

Simple anti-clericalism, the impulse to deride the Church's activity in the world, to deny the value of its history, is in no way an adequate response to such a capable force. Over a thousand years of institutional experience provides even the most ignorant priest with all the apparatus necessary to isolate and squash that kind of minor annoyance. Anti-clericalism is an unthinking reflex and when it comes to reflexes the Catholic Church's are the most developed and efficient in the world. Moreover, for Irish Catholics to deny the value of the Church's history would be to deny any value to ourselves. The Church made us. We should glory in it and in ourselves, as we and it deserve. That is the kind of response the Church cannot cope with; its children growing up and going gratefully off to make their own way in the world.

Reason and authority are in opposition and in dispute. Reason will carry the day. By reason.

Peter Abelard And Bernard Of Clairvaux

Deliver Us From Evil

What's God Got To Do With It?

The Lord Thy God Is A Jealous God

In A Concluding Homage To Sextus Empiricus…

Of Prods, And Gods, And Dancing Girls; And Censorship, And Things

Coleridge And The End Of Christian Economics

Innocent's Ward—The Wonder Of The World

A Sufficiency Of Grace

Beware The Ides Of March!?

The Wage The Faithful Earn

An Overview Of Slavery In The Southern United States

Puritanism And The Theatre

Meet the editorial staff of the Heresiarch

Index To Past Issues